In the final fizzle of a waning industry, both BP and Equinor have formally abandoned their remaining offshore exploration leases in Nova Scotia, leaving no active offshore oil and gas projects in the province.

This is a major success for the tens of thousands of people across the country who have been working towards a moratorium on offshore exploration and extraction in Nova Scotia! Congratulations – this is our collective win!

The Council of Canadians started campaigning to end offshore drilling in Nova Scotia when BP first proposed four deep and ultra-deep exploration wells on the Scotian Shelf in 2017. The Canada-Nova Scotia Offshore Petroleum Board (CNSOPB) was obviously captured by industry at that time (and still is). We set out to do a few things: expose the fact that the CNSOPB is tilted toward industry interests, establish a comprehensive public inquiry into the effects of offshore drilling on our communities, environments, and economy, and establish a moratorium on drilling until that inquiry was complete.

This choice to hedge our demands in a public inquiry was strategic: just years previous, Nova Scotia had banned fracking as a result of an extensive public inquiry into the practice. But it was also a risky move. We knew that suggesting the complete shutdown of any industry would be challenging, given the demands for more and better jobs. But as the campaign went on, the climate justice movement grew in power, and the climate crisis raged on, it became a lot more politically possible to make bold demands like closing the door on offshore drilling, period.

Throughout this campaign, in coalition with the Offshore Alliance, we took every opportunity to demonstrate how the CNSOPB was primarily serving the interests of the industry, rather than the people. We conducted research and public polling, hosted public education events and speaking tours, and organized demonstrations against offshore drilling.

Our South Shore chapter led the charge on moving 13 municipal governments in Nova Scotia to back our demands. This local support helped our movement gain credibility and established the Offshore Alliance as a leading voice in the struggle to develop Nova Scotia’s communities and society beyond fossil fuels.

When BP did finally arrive in Nova Scotia’s waters with a drilling rig in 2018, we threw them an un-welcoming party to make it known we would continue fighting to stop their projects and all other offshore drilling in Nova Scotia. Over a hundred people gathered at BP’s office in downtown Halifax to drum, sing, chant and dance, and remind them this is Mi’kma’ki and they were not welcome. We can’t have a party to celebrate BP’s official departure now because of COVID protocols, so please enjoy these photos of our un-welcoming party instead! 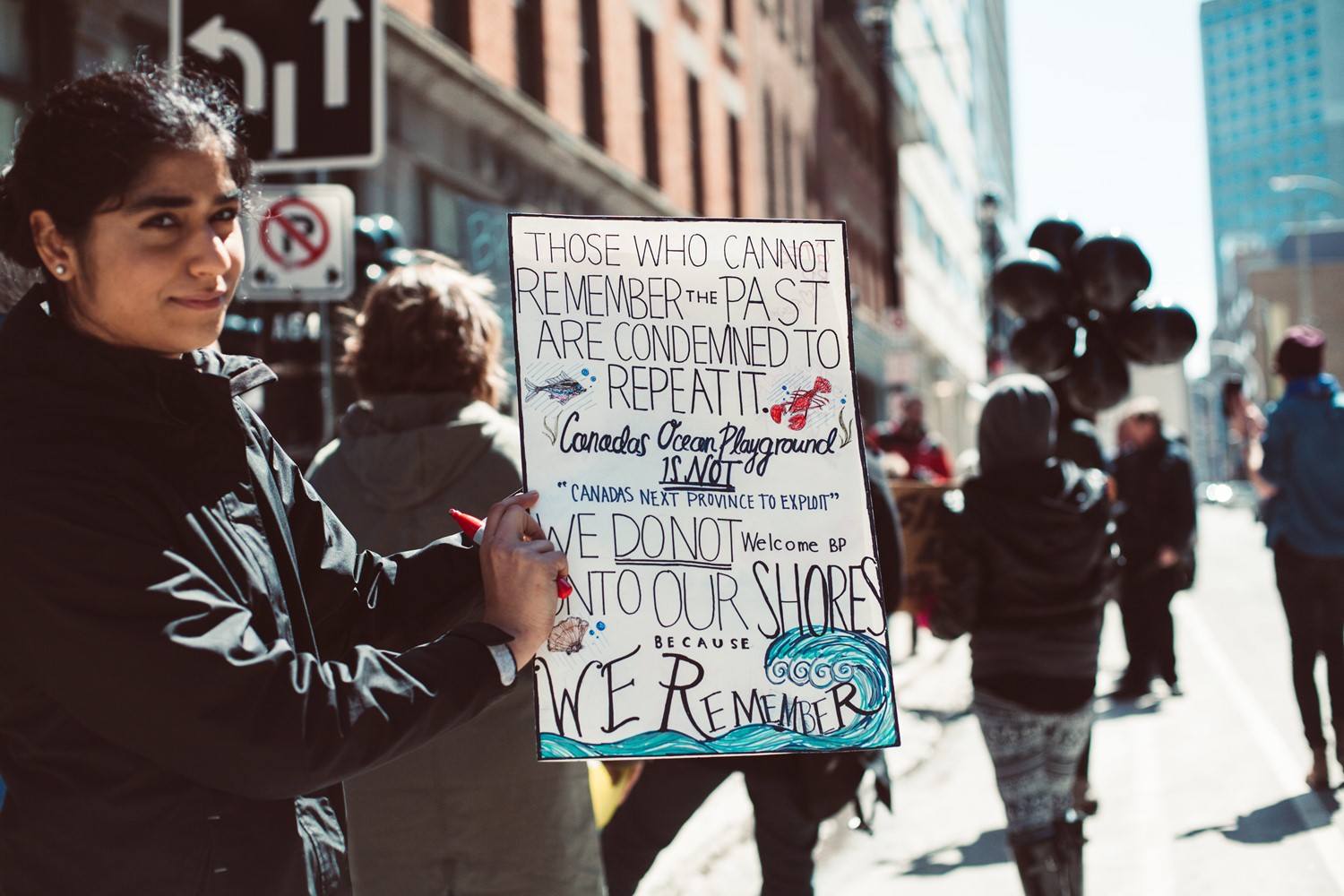 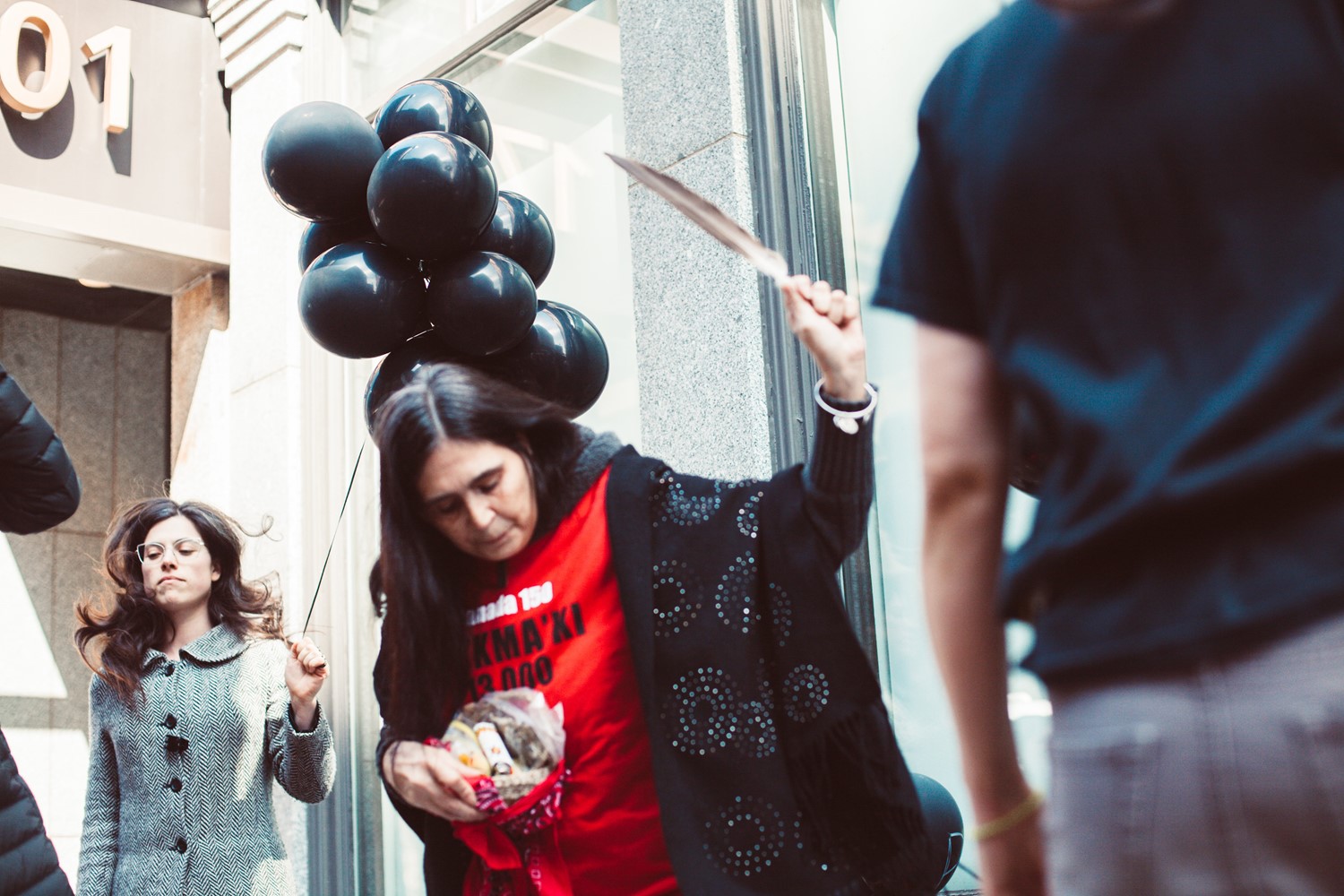 Photos from our Un-Welcoming party are as relevant today as they were in 2018! Photo credit: Mo Phung.

All of this work was made possible by the many contributions from Council of Canadians supporters, friends, and chapters, with the South Shore chapter and the Campaign to Protect Offshore Nova Scotia leading the charge. This was truly a collective effort made possible by people who signed petitions, attended events, donated, put up lawn signs and bumper stickers, made submissions to consultations, and collectively and persistently held on to the belief that another world is possible and we can build it together.

While this announcement is cause for celebration, it is of course not the end of our struggle for climate justice. The insidious influence of corporations doesn’t end with the CNSOPB – the grip of the fossil fuel industry touches climate policy across the country, and many federal and provincial officials make decisions with Big Oil in mind rather than their constituents.

The Council of Canadians is still connected to the enduring fight to formalize a moratorium on offshore oil and gas in Nova Scotia, and we’re turning our attention to building a just transition away from fossil fuels across the country.

Learn more about how we’re pushing lawmakers to deliver a Just Transition Act that serves communities, not corporations, and how you can contribute to this work. 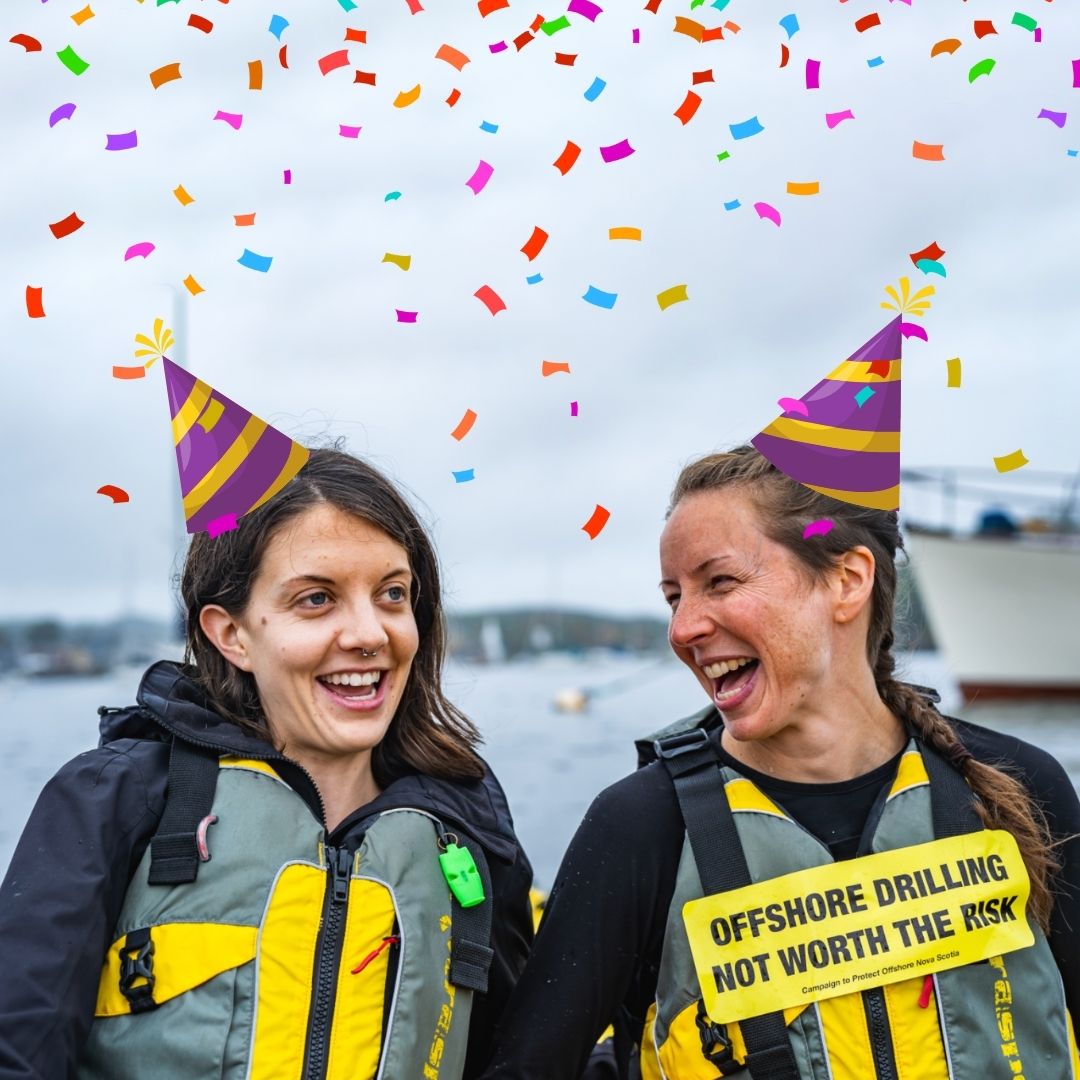 Amidst violent conflict, our call for a just transition has never been more pressing
3 months ago
New LNG exports not a pathway to zero
5 months ago
Just transition campaign update: the waves are starting
7 months ago
Alton Gas Quit! Company Announced Project Decommissioning Today
8 months ago
Win! Pieridae Energy gives up on Goldboro LNG!
11 months ago

Ottawa MPs need to hear from you about a just transition
3 weeks ago
Fund transit, not highways through Greenbelt, coalition tells party leaders
1 month ago
MEDIA RELEASE: Federal Budget throws public transit under the bus again
2 months ago
Let’s Have the Debate – What the NDP-Liberal Accord means for Canada
2 months ago
Federal government silent on Trudeau's promised Just Transition Act
4 months ago