Day 1 of tour highlights risks of offshore drilling, in Halifax | The Council of Canadians

Day 1 of tour highlights risks of offshore drilling, in Halifax

We kicked off our coastal tour yesterday in Halifax with two meaningful meetings and a successful town hall. 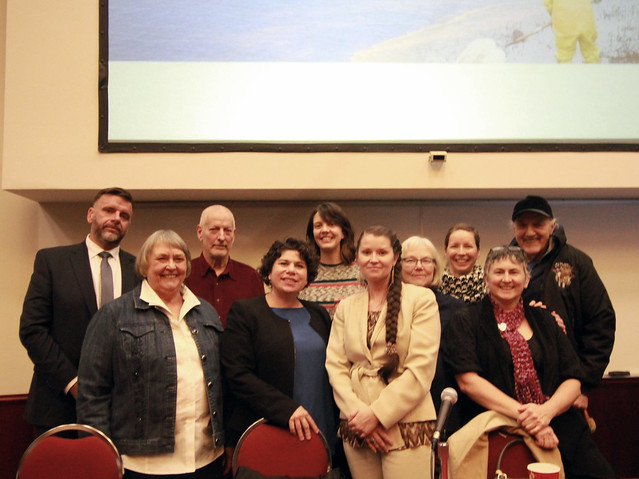 The tour, which travels today to Shelburne and tomorrow to Lunenburg is featuring voices on the risks of offshore drilling in the wake of the federal government's recent approval of BP to drill up to seven wells, some of which are ultra deepwater wells, off the coast of Nova Scotia.  In Halifax, the tour featured Antonia Juhasz, a leading energy analyst, investigative journalist and author of Black Tide: the Devastating Impact of the Gulf Oil Spill, Colin Sproul, a fifth generation lobster fisherman and serves on the board of the Bay of Fundy Inshore Fishermen’s Association and Michelle Paul, a Mi’kmaq activist and treaty rights holder involved with Idle No More, the Treaty Truckhouse and Alton Gas resistance.

The evening townhall, with around 100 in attendance, was moderated by Atlantic regional organizer Angela Giles and Marion Moore of the Council of Canadians South Shore chapter and the Campaign to Protect Offshore Nova Scotia (CPONS).

After a welcome from Elder Billy Lewis recognizing the event was on unceded ancestral territory of the Mi’kmaq nation, Antonia began with a silent presentation of photos from the BP Gulf of Mexico oil spill in the gulf and other spills including the  recent Sanchi tanker spill. She explained that an oil spill doesn't need to be catastrophic to be a catastrophe for the people that it impacts. Many smaller oil spills go relatively unnoticed by the national or global population but are felt deeply by coastal communities for decades.

Antonia described her research in the wake of the BP Gulf Coast spill disaster including interviewing workers who were on Deepwater Horizon rig and families of workers who were killed in the explosion, members of the fishing and broader gulf community as well as people in government, industry and advocacy organizations. She outlined how BP discovered the spill, why it took 3 months before the flow of oil was stopped and the long lasting impacts the oil, and dispersants used to clean it up had on the surrounding water and communities.

She described deepwater drilling as presenting heightened risks which contributed to the challenges in preventing and addressing the Gulf Coast spill.  BP’s proposal off the coast of Nova Scotia is up to twice the depth of the Macondo well involved in the Gulf Coast spill.

Someone asked if drilling could be done safely on the Scotian Shelf and she said that industry could take measures to do things safe r, cleaner, but offshore deepwater drilling will never be safe or clean or risk-free.

Michelle linked several Mi'kmaq struggles to protect the water together. She talked about the Indian Act governments not representing the grassroots Mi'kmaq people, and how the grassroots need to work together to defend the treaties. 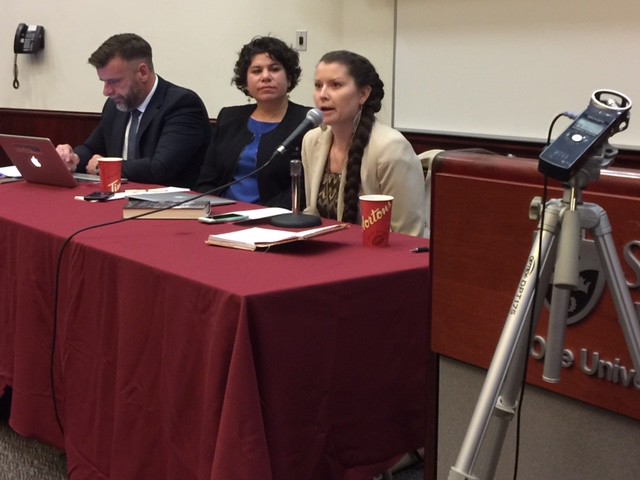 Colin talked about how the fisheries are the lifeblood of Nova Scotia's economy and culture, and a devastating spill would forever alter our ability to participate in the fisheries markets. Markets move on, and damage to our seafood's reputation would be immutable.

Colin also shared his dismay that the nearest capping stack, a device that is used to temporarily shut in a deepwater well, would be in Norway (meaning up to two weeks to travel to N.S.). He also talked about hte unique nature of Atlantic waters around the Scotia shelf, including winter conditions that see 100 foot sea states, and how this would dramatically affect clean up efforts.

There was a lively discussion that followed. 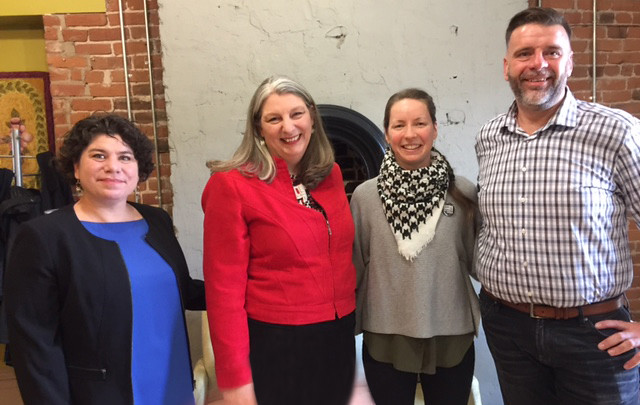 Earlier in the day several of us joined Antonia and Colin in engaging meetings with the Tourism Industry Association of Nova Scotia, and a number of members of the Offshore Alliance, a growing association of over twenty Nova Scotia environmental, fisheries and citizens’ organizations, formed to press the Trudeau government to make good on its promise “to make environmental assessment credible again.” 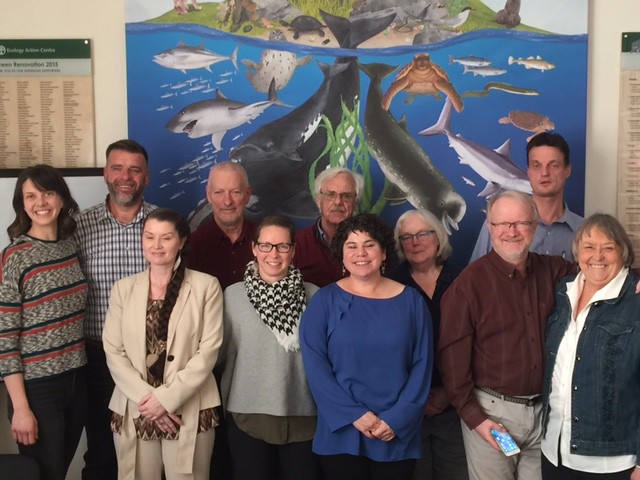