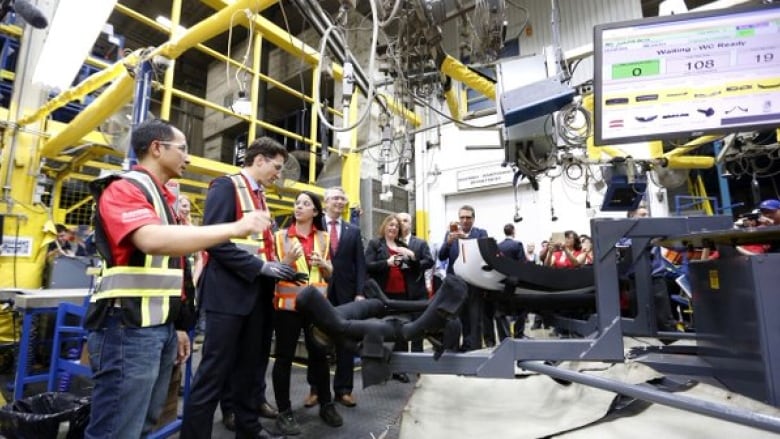 The U.S. is successfully pitting our auto workers against our farmers, but we should have the ability to protect and support both. (MP Lloyd Longfield/Twitter)

U.S. President Donald Trump is a master of threats.

He has threatened to rip up NAFTA on several occasions. Now he's threatening to expel Canada from NAFTA. The president has essentially given Canada an ultimatum: accept a bad deal with destructive effects on dairy, on our terms, or else. Trump's magic is in making us believe we have no choice.

On this page, Meredith Lilly argued that accepting a bad deal is better than no NAFTA deal. But for many reasons, that's not true.

Granted, there do appear to be some positive provisions in the "new" NAFTA: a supposedly enforceable labour clause for workers in all three countries, and the possible elimination of Chapter 11 between Canada and the US (but a revised one between the U.S .and Mexico.) Chapter 11 essentially allowed companies to sue governments when policies affected their profits.

But those victories do not outweigh the costs.

There are still huge problems with, for example, an enhanced North American energy strategy that promotes fossil fuels and fracking. As NAFTA moves toward regulatory harmonization, or toward harmonization of standards, we should be mindful of Trump's efforts to lower the U.S.'s own environmental standards.

In the agreement with Mexico and the U.S., patents on biologics — a class of drug made of human or animal tissue — are extended to 10 years. That could mean that these exorbitantly expensive drugs are even more out of reach to Canadians.

As well, the U.S.-Mexican deal dictates that "limits on where data can be stored and processed are minimized," which basically suggests a type of cross-border data storage agreement as part of a "global digital ecosystem." It's not as nice as it sounds: Mexicans could potentially be powerless to prevent their personal data from being stored on U.S. servers, leaving them vulnerable to possible abuses. We know that the Americans want this cross-border storing of information to extend to Canada as well. 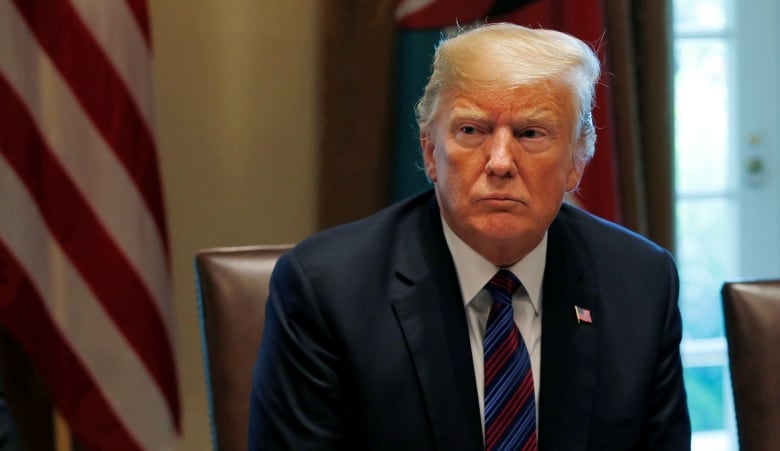 President Trump has repeatedly said that Canada's supply management system has got to go or Canada is cut from NAFTA. This must be a deal-breaker for our government. (Leah Millis/Reuters)

So what would pulling out of NAFTA negotiations mean for Canada? We know that Trump has already threatened auto tariffs, adding to the steel and aluminum tariffs already in place. While an auto tariff war would hurt, as President Trump has threatened a 25 per cent tariff on automobiles, it would come at a huge political price to the U.S. You can bet there would be strong opposition from the Big Three and many political leaders to such tariffs. Auto production in North America has become so integrated, punishment against one supplier impacts all.

President Trump has repeatedly said that Canada's supply management system has got to go or Canada is cut from NAFTA. This must be a deal-breaker for our government. While the U.S. highly subsidizes its industry, Canada controls production, ensuring farmers' livelihoods. Prime Minister Trudeau has promised not to give in on this issue and must be held to his word. Indeed, the U.S. is successfully pitting our auto workers against our farmers, but we should have the ability to protect and support both.

The end of NAFTA is not synonymous with the end of the world. A study by the Canadian Centre for Policy Alternatives found that if NAFTA is terminated, additional tariffs would amount to only 1.5 per cent of the value of Canadian exports. In effect, we could live with the consequences.

The end of NAFTA would be good riddance in many areas as well. It would bury Chapter 11 once and for all. We would assume sovereign control of our energy resources again. The end of NAFTA would be the end of energy proportionality provisions, which make it mandatory for Canada export energy to the U.S. Water would no longer be a tradable good. Farmers and supply management would be protected, as would our ability to control the cost of biologics.

Many Canadians would support this move. In fact, our own poll by EKOS research last year found that if a new NAFTA is a bad deal for our citizens and the environment, 76 per cent of Canadians think we should walk away.

With midterms in November — potentially with fewer Congressional Republicans thereafter — there is an obvious rush by Trump to get a new deal now. But Canada shouldn't be in such a hurry; with the new Mexican President-elect, the progressive Andrés Manuel Lopez Obrador entering office in December, the cards could shift again, perhaps in a better direction for people and the planet.

Thirty years ago, the Council of Canadians and many others warned that putting all our trade eggs in one basket would give the U.S government and American corporations way too much power over Canadian policies and resources. Though Canada has broadened the scope of its trade relationships since then, it has taken one mercurial right wing populist president to prove we were by and large right.