Momentum Grows Against Alton Gas | The Council of Canadians 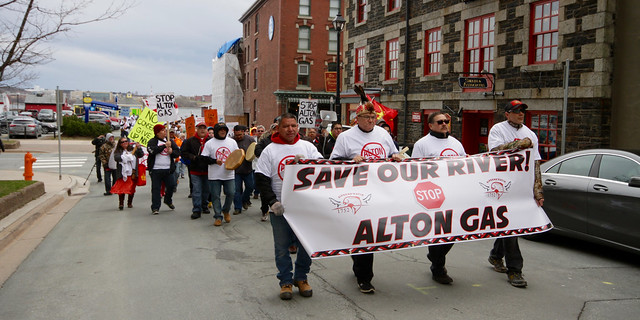 A chilly morning in Halifax did not stop over one hundred and fifty people from showing their opposition to the dangerous Alton Natural Gas Storage Project. The gathering was lead by Sipkne’katik First Nation and residents directly affected by the project. This rally coincided with the opening of the Provincial Legislature on April 14. 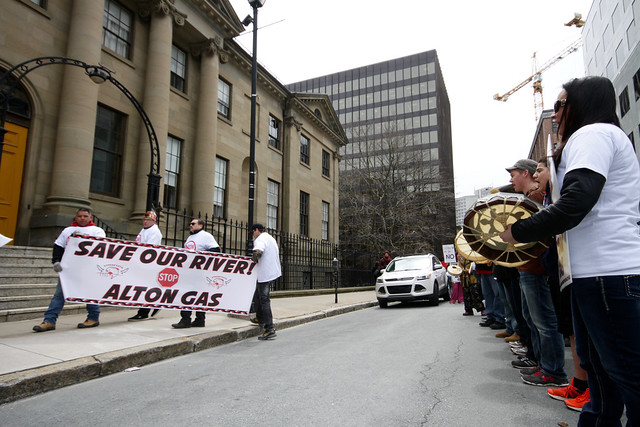 On the steps of the legislature, the Chief of Sipekne’katik First Nation, Rufus Copage told the crowd, “We want to put the word out. We want people to know we’re against it… The brine will ruin the river.” In reference to the minimal consultation that has happened, Copage said “there’s so much the community doesn’t know, even now.” 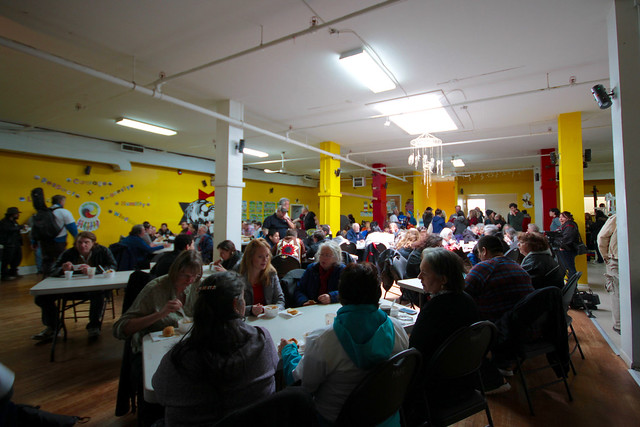 The march ended with a massive feast of moose stew served to all attendees. For many the Alton Gas project symbolizes a greater battle over the Government favoritism of corporate interests over community consent. This is not a lone-bastion of opposition to this project, but an example of solidarity across environmental groups, labour unions, First Nations and concerned citizens frustrated with the status quo. 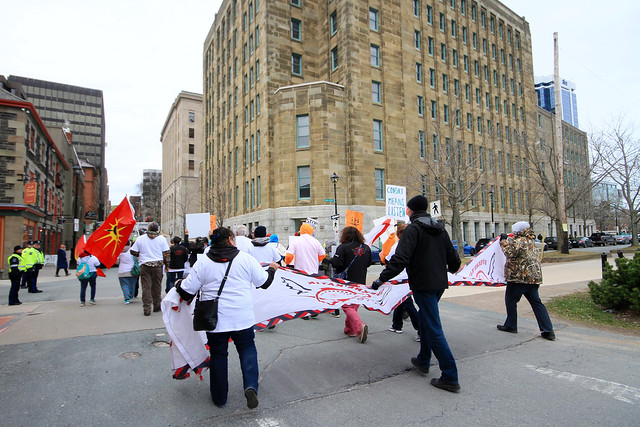 That same evening in Stewiacke, the Stewiacke Council of the Whole met to discuss their support for the Alton Gas project.Stewiacke Mayor Wendy Robinson is one of three area mayors who sit on the Alton Gas Liaison Committee, which had met the day before. Stewiacke Council decided that they no longer support Alton Gas. This decision will be made final, pending discussion and objections, at the next Council session on April 28th. 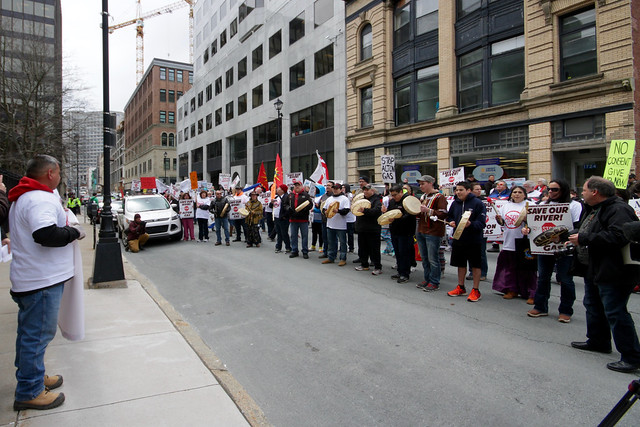