Resisting a climate of misogyny | The Council of Canadians

Resisting a climate of misogyny

[See the Council of Canadians' statement against hate-based messaging] 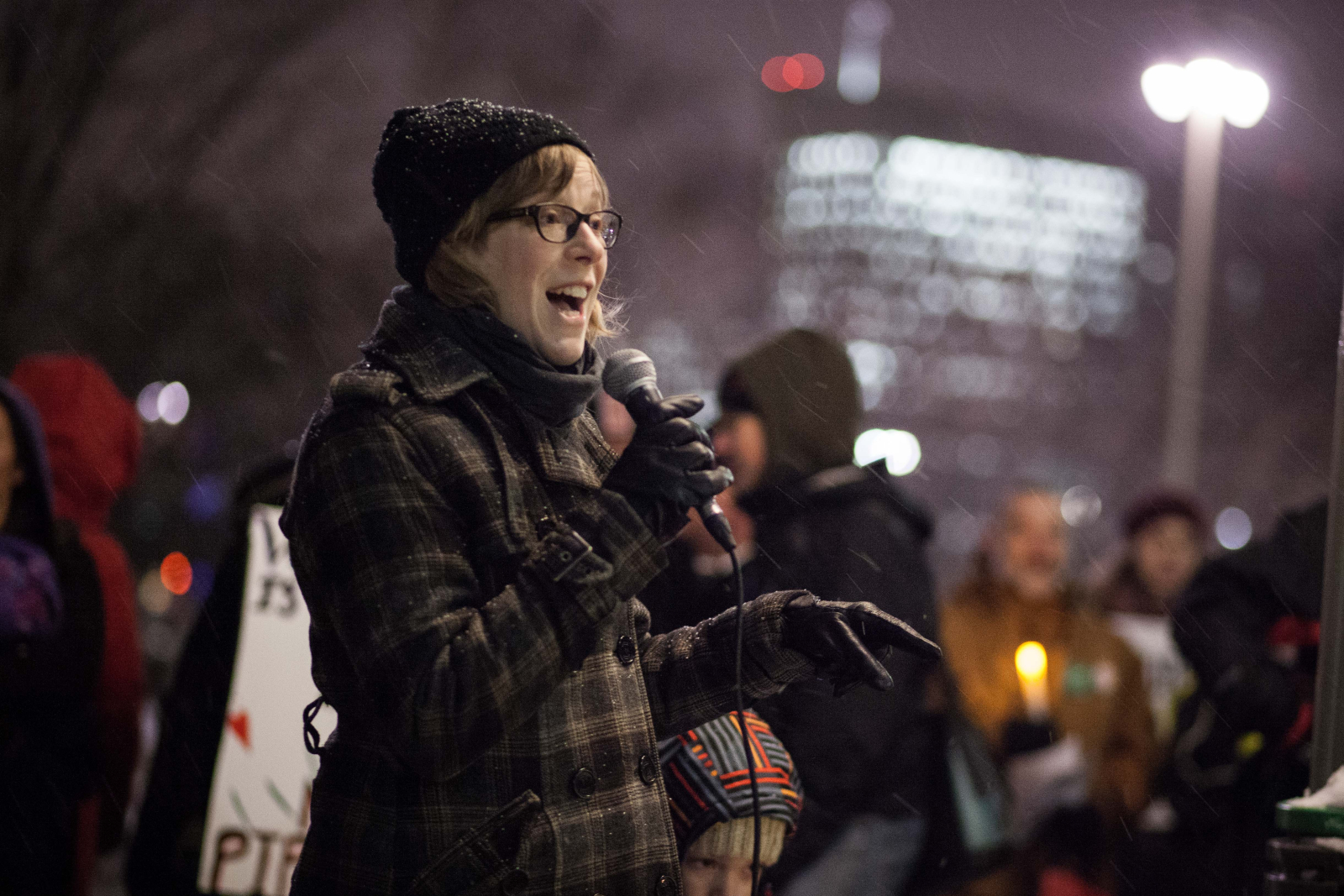 Published in the National Observer, November 9, 2017

These are names on the Facebook profiles that sent me misogynistic and violent messages over a span of a few days.

I’m not new to being trolled.

I’m a public figure with a national organization calling for an end to the expansion of extreme energy including pipelines expanding the Alberta tarsands or oilsands, and for a just transition to a clean economy.

In our four-year fight against TransCanada’s Energy East pipeline, I dedicated a lot of time to myth-busting. I did this because I believe the project would have violated Indigenous rights, made a mockery of our role with the Paris Climate Agreement and put the drinking water of over 5 million people at risk from an oilsands spill.

We were up against Goliath, a corporation that spent over a billion dollars on the recently terminated pipeline project from Alberta to a new port in Saint John, New Brunswick. I helped organize public forums, participate in government consultations, write reports, op-eds, government submissions, factsheets, blogs and press releases all providing facts countering TransCanada’s claims.

There were claims the project would bring Western oil to Eastern Canadians displacing so-called ‘foreign oil’ (the evidence pointed toward it being an export pipeline) and that TransCanada has a glowing pipeline safety record (TransCanada's record is far from being spotless). These glowing claims continue to be found in the land of trolls in comment sections and social media.

Now, I know the advice that many of us abide by. Don’t feed the trolls and by in large, I don’t.

I’m breaking this rule because I think the misogynistic and violent nature of certain comments and potential links to pro-oil platforms needs to be called out.

Here’s what happened to me.

So was this all random? It certainly didn’t feel that way to me as I struggled to spend the day caring for my daughter while managing my incessantly pinging phone.

The sad reality is I was waiting for this day. 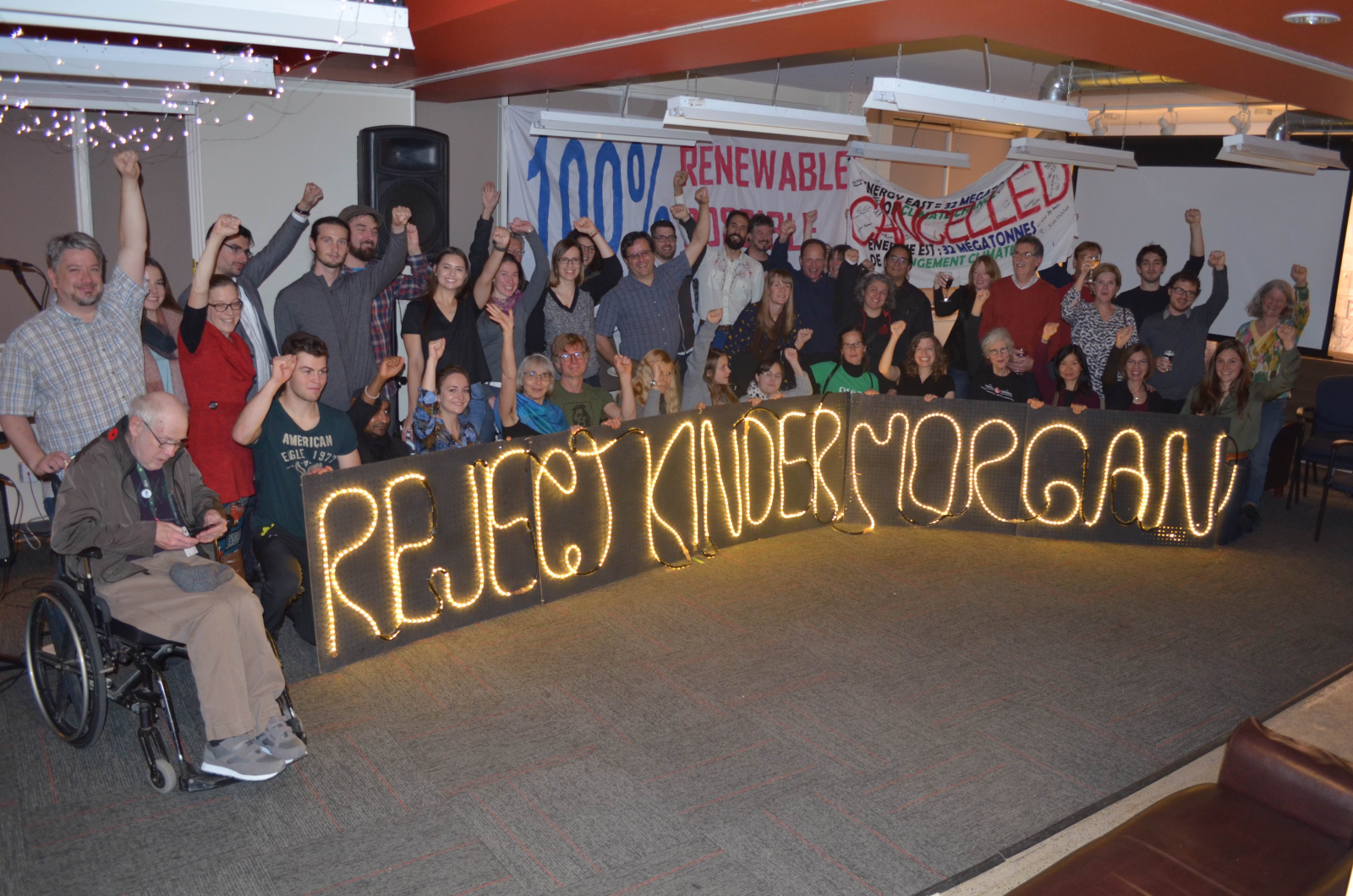 Environmental activists in Ottawa celebrate the termination of TransCanada's Energy East pipeline on Oct. 27, 2017 and make plans to target Kinder Morgan's Trans Mountain expansion next. Photo courtesy of the Council of Canadians

I’m not the first to face harassment over social media for taking a position against oilsands expansion. In fact, Indigenous allies and grassroots activists are more likely to face this harassment and less likely to have the institutional support I have working with a non-profit organization.

And I’m not the first woman to face the additional misogynistic hate speech associated with taking a public position on the energy sector in Canada.

While I clearly have a dramatically different political position than Alberta Premier Rachel Notley who championed the Energy East pipeline, and am openly critical of Minister Catherine McKenna’s support for the Kinder Morgan and Line 3 pipelines, I can’t help but recognize a common thread in the vicious misogynistic and sexist comments we’ve all faced.

I also can’t help but remember the Amnesty International 'Out of Sight, Out of Mind’, report that documents how decades of unchecked resource development and government policy failures have strained the social fabric of communities in northeast British Columbia and have put the lives and safety of Indigenous women and girls at great risk.

And remember the powerful words of Indigenous women like Melina Laboucan-Massimo who clearly convey the links between systems of patriarchy, capitalism, colonization, and imperialism.

There is a confluence of pro-oil style Facebook pages with anti-immigrant, xenophobic, misogynistic and racist language.

But we can’t let it grind us down.

While Facebook has offered little in the way of support – the comments largely failed to break the site’s community standards – I take comfort in knowing that we are collectively beginning to reckon with the end of the fossil fuel era. That there are opportunities to work together in building a more just, equitable economy and society that doesn’t pit jobs against the environment or Indigenous rights. While we’ve seen a rise in hate groups, we’ve also seen a rise in those speaking out and acting against them.

I believe we are in a critical moment of history with forces pulling towards hate and supporting existing structures that benefit few, contrasted with those organizing towards a more equitable, sustainable way of being. For my part, I won’t let a handful of sexist bullies stop me from speaking out against extreme energy and for the type of economy and community I hope my children will enjoy.