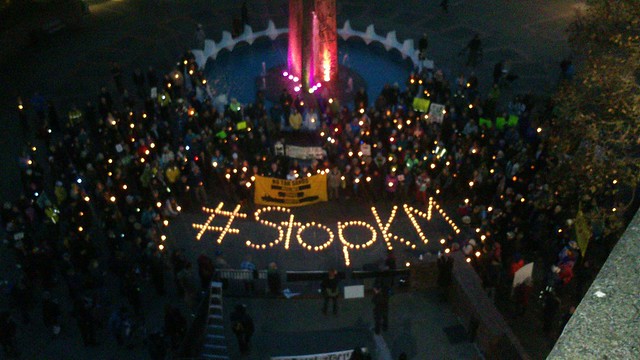 CHEK News quotes Victoria chapter activist Barbara Mitchell Pollock who says, "I’m hopeful and I think hope is really important, I have children and grand children and this would be just disastrous."

The vigils were organized in more than 45 communities across the country to oppose the Kinder Morgan Trans Mountain tar sands pipeline.

Texas-based Kinder Morgan is proposing to twin the Trans Mountain pipeline from northern Alberta to the British Columbia coast to increase the pipeline's capacity from 300,000 barrels per day to 890,000 barrels per day. The pipeline would carry diluted bitumen from the tar sands through Jasper National Park, into the Lower Mainland of British Columbia, across the Vedder Fan aquifer and the municipality of Chilliwack's protected groundwater zone, then across the Fraser River and to the Westridge Marine Terminal at Burrard Inlet for export on 400 supertankers a year.

The Council of Canadians has been opposing the Trans Mountain pipeline since August 2011 by participating in marches, protests and civil disobedience actions, supporting chapter activism, petitions and a court action, writing blogs, and organizing numerous public events and a six-community speaking tour.

The Trudeau government is widely expected to approve the pipeline by December 19 or as early as this week.

Please go to our online action alert to send a letter to Trudeau demanding that he reject the Kinder Morgan Trans Mountain pipeline. 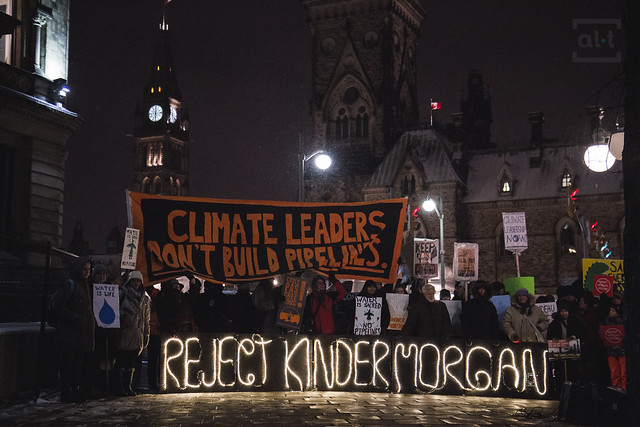