WIN! European Parliament votes to ensure COP 21 agreement would not be subject to ISDS challenges | The Council of Canadians

WIN! European Parliament votes to ensure COP 21 agreement would not be subject to ISDS challenges 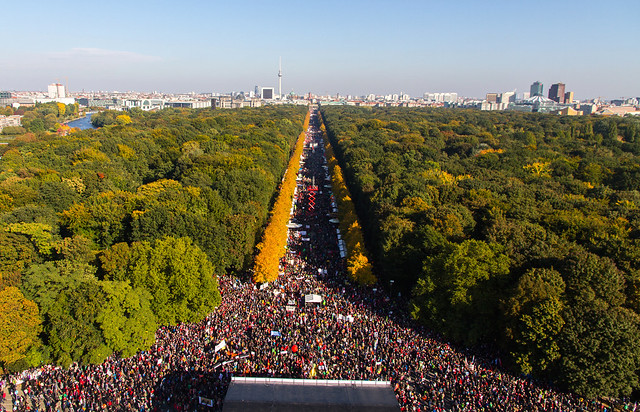 The European Parliament has adopted a resolution that supports a provision being included in the COP 21 climate agreement this December that would protect governmental measures that reduce greenhouse gas emissions from investor-state dispute settlement (ISDS) challenges.

The resolution states that the European Parliament:

"Calls on the [European] Commission and the Member States to ensure that any measure adopted by a Party to the Paris Agreement relating to the objective of stabilising greenhouse gas concentrations in the atmosphere at a level that would prevent dangerous anthropogenic interference with the climate system, or relating to any of the principles or commitments contained in Articles 3 and 4 of the United Nations Framework Convention on Climate Change, will not be subject to any existing or future treaty of a Party to the extent that it allows for investor-state dispute settlement;"

In her companion piece to Van Harten's paper, Council of Canadians chairperson Maude Barlow wrote, "There is a problem that needs to be addressed if any agreement or treaty reached at the Paris summit is to be realized in the home countries of the parties. The central problem is that many of the same countries pledging to take serious action on climate change are also party to, or are aggressively negotiating, trade and investment deals that contain a mechanism that gives large corporations the right to challenge any changes to the current rules under which they operate."

She then highlights, "Corporations have used ISDS to challenge governments over 600 times, and in numerous cases these challenges are clearly related to health or environmental decisions by governments." ISDS provisions exist in the North American Free Trade Agreement and within the proposed Canada-European Union Comprehensive Economic and Trade Agreement (CETA), Trans Pacific Partnership (TPP) and numerous other so-called ‘free trade’ agreements.

Efforts will now be made by MEPs and non-governmental organizations to ensure that the European Commission acts on this resolution at the COP 21 negotiations that take place November 30 to December 11 in Paris.

Barlow will be in Paris for the climate summit to advocate for this position adopted by the European Parliament. She will also be calling on national governments in Europe to adopt this provision during her upcoming tour in Europe. And she will be calling on the new Canadian government after October 19 to similarly support this position.

For more on our campaign to stop ISDS and derail the ratification of the Canada-EU CETA, please click here.