Blog | The Council of Canadians 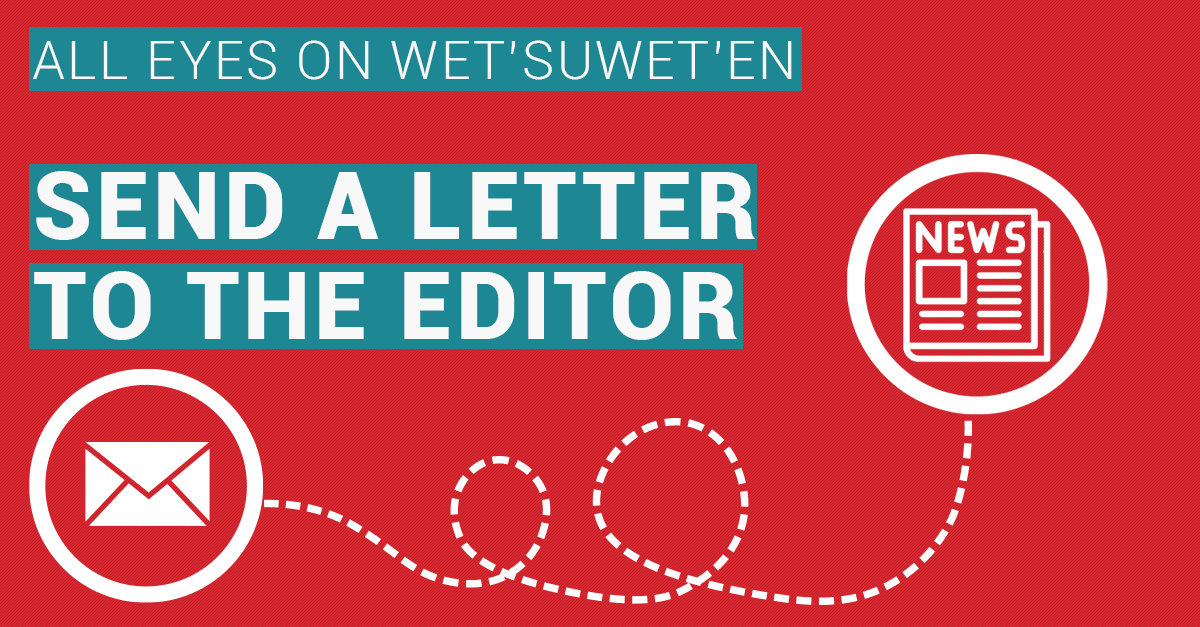 Yesterday morning, police in Ontario began arresting land defenders on Tyendinaga territory near Belleville who were protesting next to the CN Rail line that cuts through Mohawk territory. The Tyendinaga Mohawk are acting in support of the Hereditary Chiefs of the Wet’suwet’en First Nation who continue say “no” to the construction of the Coastal Gaslink (CGL) pipeline on their ancestral lands. Read more about the Wet’suwet’en’s fight for their rights.

The Canadian government, British Columbia government and RCMP are violating these rights by arresting land protectors and occupying Wet’suwet’en lands so the CGL pipeline can move forward.

This aerial view shows some of the existing destruction in the Alberta-based tar sands.

In a shocking turn of events, Vancouver-based mining corporation Teck Resources announced yesterday that it is withdrawing its application for the controversial Frontier mine project.

Indigenous, environmental and social justice groups such as the Council of Canadians, along with many people across the country calling for stronger action on the climate crisis, celebrated the news.

This is a major win for Indigenous organizers at the front of the campaign to stop the Teck mine, and for the whole climate justice movement. As Indigenous Climate Action Executive Director Eriel Deranger said, "Teck rejected itself!"

Blockades of rail lines, roads, ports and more have been happening across the country in support of the Wet'suwet'en.

Public pressure is building through mass protests, road, rail and ferry blockades as people across the country are showing their support for the Wet’suwet’en’s right to choose what happens on their unceded ancestral land.

Coastal GasLink (formerly TransCanada) is proposing a 670-kilometre pipeline that would carry fracked natural gas from Dawson Creek to Kitimat in British Columbia where it would be processed in a new liquefied natural gas plant on the coastal shore. A portion of the pipeline runs through these Indigenous lands.

On February 18, the Canada-European Union Comprehensive Economic and Trade Agreement (CETA) passed in the lower house of the Netherlands Parliament by just three votes, 71 to 68. After a raucous debate, several days in the making, it is looking like CETA may have survived for now, but is unlikely to pass in the upper house.

Financial newspapers were stunned. The Netherlands, the nation that invented trade, rejecting a trade agreement? How is that possible?

Profit over people: What the Wet’suwet’en struggle reveals about corporate capture

As the International Days of Solidarity with Wet’suwet’en build in momentum across Turtle Island, the responses of the Canadian and British Columbian governments have been abysmal.

The Delgamuukw Supreme Court decision in 1997 affirmed that Wet’suwet’en Hereditary Chiefs have legal jurisdiction over the nation’s territory. In violation of this decision, both the provincial and federal governments have continued to sanction illegal RCMP attacks on camps and Indigenous land defenders on the land of the Wet’suwet’en Nation. Beginning on February 6, the RCMP raided monitoring posts, supporter camps, and finally the Unist’ot’en camp, healing lodge and camp on Monday, February 10, 2020.