Blog | Page 7 | The Council of Canadians

Squeezed between nativists who seek to obliterate the world trading system for their own purposes and neo-liberals who want to use trade regimes to erode public power, the ongoing debate is missing a vision of a progressive system of trade rules. Too often, progressives end up rejecting trade agreements instead of proposing avenues for transforming world trade.

To address some of these questions, the Canadian Centre for Policy Alternatives and the Trade Justice Network held a day-long symposium in Ottawa on October 30 titled “Beyond Neo-Liberalism: Toward an Agenda for People and the Planet.”

Against offshore drilling? Your American neighbours are with you

This op-ed was originally posted on TheChronicleHerald.ca on November 5, 2019.

By SHEILA DAVIES and JOHN WEBER 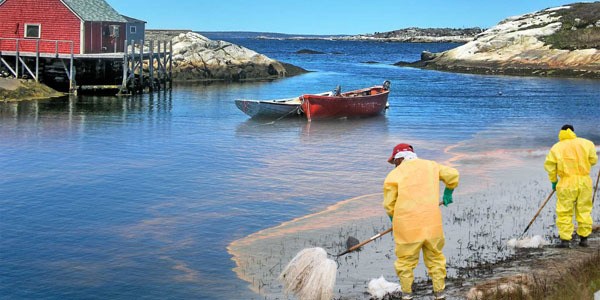 When the federal election results first started rolling in October 21, I was overcome with a feeling that nothing was really changing. In Atlantic Canada, we barely broke the Liberal stronghold from the 2015 election with only one seat flipping in Nova Scotia. But as the results continued coming from the rest of Canada, I felt more optimistic. With a minority government, we have a new opportunity to work for the sustainable and just future we need and want. In Nova Scotia, that means a new opportunity to fight offshore drilling and perhaps, bigger picture, the corporate capture that put us in this situation to begin with.

Fair Vote Canada, our electoral reform partner, says the October 21 election results make the country look much more divided than it really is.

The current first-past-the-post electoral system does not provide equal weight to each vote. This time, Liberals benefitted the most, getting 157 seats with only 33.1% of the popular vote. That works out to 47% of the available seats with less than one-third of a vote. The Conservatives earned slightly more of the popular vote (34.4%), but have 121 seats in the House of Commons.

The Bloc Québécois earned the biggest disproportion – 32 seats with only 7.7% of the popular vote. The NDP got more than double the amount of votes as the Bloc (15.9%), but came away with 8 fewer seats.

Social justice reader’s corner: Books to put us on the path to the Balance of Power

The dust has settled after the federal election and Canada has a new minority government. It won’t be easy to create a “balance of power” movement to pressure Parliament to carry out a progressive agenda in the coming months. Fortunately, three writers have just published excellent books to help us navigate this tricky terrain.

For anyone wanting to really understand the twists and turns of the current Liberal leadership, Martin Lukacs book The Trudeau Formula: Seduction and betrayal in an age of discontent is a spell-binding look at a politics that ranges from sunny ways and the Paris Climate Accord over to the Transmountain Pipeline and a veneer of reconciliation. Lukacs takes us into some amazing spaces – from weapons industry expos to the heart of Alberta oil – while carefully exposing the contradictions within the Trudeau political praxis. Anybody trying to move federal politics today would be advised to read this book from cover to cover.