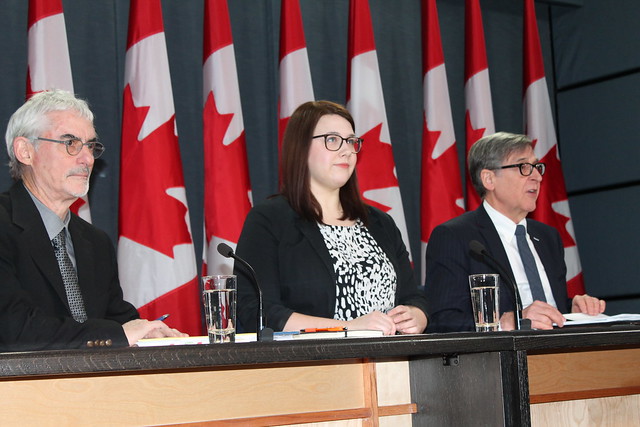 In response to a legal challenge by the Council of Canadians, the Canadian Federation of Students, and three individual voters, Justice David Stinson of the Ontario Superior Court found that there was a risk that some people would be unable to vote because of strict new voter identification requirements, but declined to grant an injunction against the Fair Elections Act.

Passed into law in June, the Fair Elections Act is “an obvious attempt to undermine democracy,” says Maude Barlow, National Chairperson of the Council of Canadians. “We are more committed than ever to getting people out to vote despite the new identification requirements. The government may not want Canadians to vote this October, but we certainly do.”

The Fair Elections Act requires that voters prove both their identity and their address, and prevents them from using their Voter Information Card as proof of residence. It also eliminates vouching, the process by which one voter with identification could vouch for the identity of another person. Experts suggest these new provisions could disenfranchise tens of thousands of voters, especially students, aboriginals, and homeless people.

The applicants will be consulting their legal counsel about the possibility of an appeal.

Justice Stinson wrote in his ruling that “based on the evidence to date, there is a risk that some individuals who would otherwise rely on the Voter Information Card to enable them to vote will be unable to do so due to s.46(3), which would result in irreparable harm” but that “established principles [...] dictate that the court should not stay the operation of the disputed law without a full hearing on the merits.” He also wrote that if the provision in the Fair Elections Act “is ultimately found to be unconstitutional, there will be no way to restore the right of improperly disenfranchised voters to participate in a past election.”

The injunction is the first step in a larger constitutional challenge, which won’t be heard until after this fall’s election. Contrary to the government’s stated aim of giving Elections Canada “sharper teeth, longer reach and a freer hand,” the Council of Canadians argues that the Fair Elections Act muzzles the Chief Electoral Officer, strips him of his authority, and deprives him of essential tools needed to inform and aid Canadians in exercising their right to vote.