The Council of Canadians is calling on all donors to the Progressive Conservative Party of Ontario to boycott the party and refuse to give it any more money. The Council argues this is a necessary response to the Ford government’s announcement today that it will eliminate the offices of two watchdogs that provide independent oversight of the provincial government.

“The Progressive Conservatives never said a word during the election campaign about removing independent oversight of their government,” said Mark Calzavara, Ontario Organizer for the Council of Canadians. “Donors to the party should be as angry about these cynical decisions as the rest of Ontarians. But donors don’t have to wait another 4 years to show their anger, they can stop giving money to the party now.”

The Ontario Child Advocate was mandated to review government legislation and guidelines, agency policies, and the practices of organizations as they provide services to children and youth. When the OCA was created in 2007, the Ontario PCs insisted the office have greater powers than what the Liberal government of the day was proposing to allow.

Current Ontario cabinet ministers Christine Elliott and Lisa Macleod were part of the Standing Committee on Justice Policy in 2007 and pushed for the OCA to have the teeth necessary to do its job. Now they have voted to eliminate it.

The Office of the Environment Commissioner of Ontario was mandated to monitor the government’s compliance with its own environmental laws and to report on Ontario’s progress to meet its greenhouse gas reduction targets. The ECO helped Ontario residents to effectively use the Environmental Bill of Rights to address critical environmental issues in their communities.  The ECO also filed annual and special reports highlighting the gaps in current provincial policies and raising the profile of important environmental issues that needed government attention.

“The Council of Canadians will be calling PCO donors before the end of this year to ask them to keep their money in their pockets,” said Calzavara. “The donors should hold Ford to account for these cynical and irresponsible actions.” 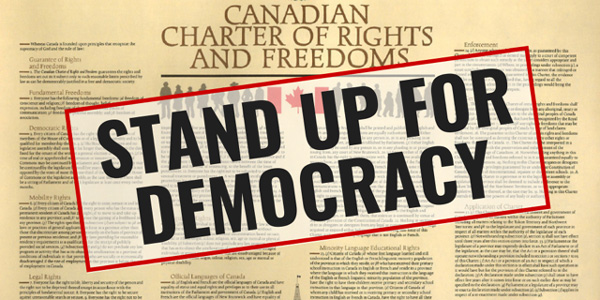