Fort McMurray, AB – The Council of Canadians will be presenting as an intervenor today in the federal-provincial Joint Review Panel’s hearings on Teck Resources’ proposed Frontier Mine. The hearings began last week on what would be the largest ever tar sands mine, if built.

The Council will be presenting evidence that the proposed tar sands project is not in the public interest, is economically, socially, and environmentally unacceptable, and will be calling on the Panel to reject Teck’s proposal.

“Allowing this project to go forward would be a dramatic step away from the fairer, renewable energy economy we need to be building, says Bronwen Tucker, the Prairies-NWT Organizer with the Council of Canadians and the organization’s representative at the hearings. “Teck is proposing clear-cutting an area twice the size of Vancouver, threatening an already-stressed ecologically critical watershed, ruining a UNESCO World Heritage Site, and burning past our provincial, federal, and international climate commitments -- all for a project that analysts across the board agree will struggle to turn a profit.”

Tucker also pointed out that in an era of supposed reconciliation, it’s disappointing to see neither Teck nor the federal and provincial governments live up to their commitments on Indigenous rights.

“Projects like this are supposed to be subject to the Free, Prior, and Informed Consent of the Indigenous nations whose territories they impact,” says Tucker. “But while many of these nations have signed participation agreements with Teck for this project, some have stated they felt they had no choice because their concerns about tar sands developments have always been ignored. For example, Athabasca Chipewyan First Nation’s Chief Allan Adam stated his nation has fought for years and spent over a million dollars fighting projects like Teck to no avail. This is not what reconciliation looks like.”

The Frontier Mine would cost $20 billion and operate for forty-one years, producing 260,000 barrels of bitumen per day. This would mean an estimated 5.9 million tons of CO2 emissions from extraction alone, and 8-10 times this when the full well-to-wheels emissions are taken into account.

“The tar sands are a sunset industry that does not benefit the vast majority of people in our economy. The oil companies showed us that when they cut workers first during the recession and then prioritized executive bonuses over rehiring when they recovered,” says Tucker. “And Teck’s Frontier Mine is particularly economically risky. It is outrageous to propose threatening the climate, Indigenous rights, ecosystems, and workers for a project that’s not even likely to turn a profit.”

The Council of Canadians’ written submission is available here, and the organization’s oral presentation to the Joint Review Panel is scheduled for today. 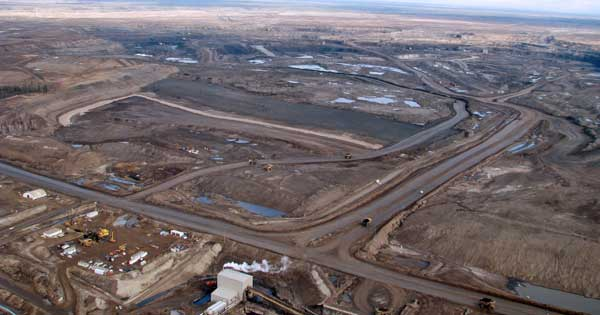