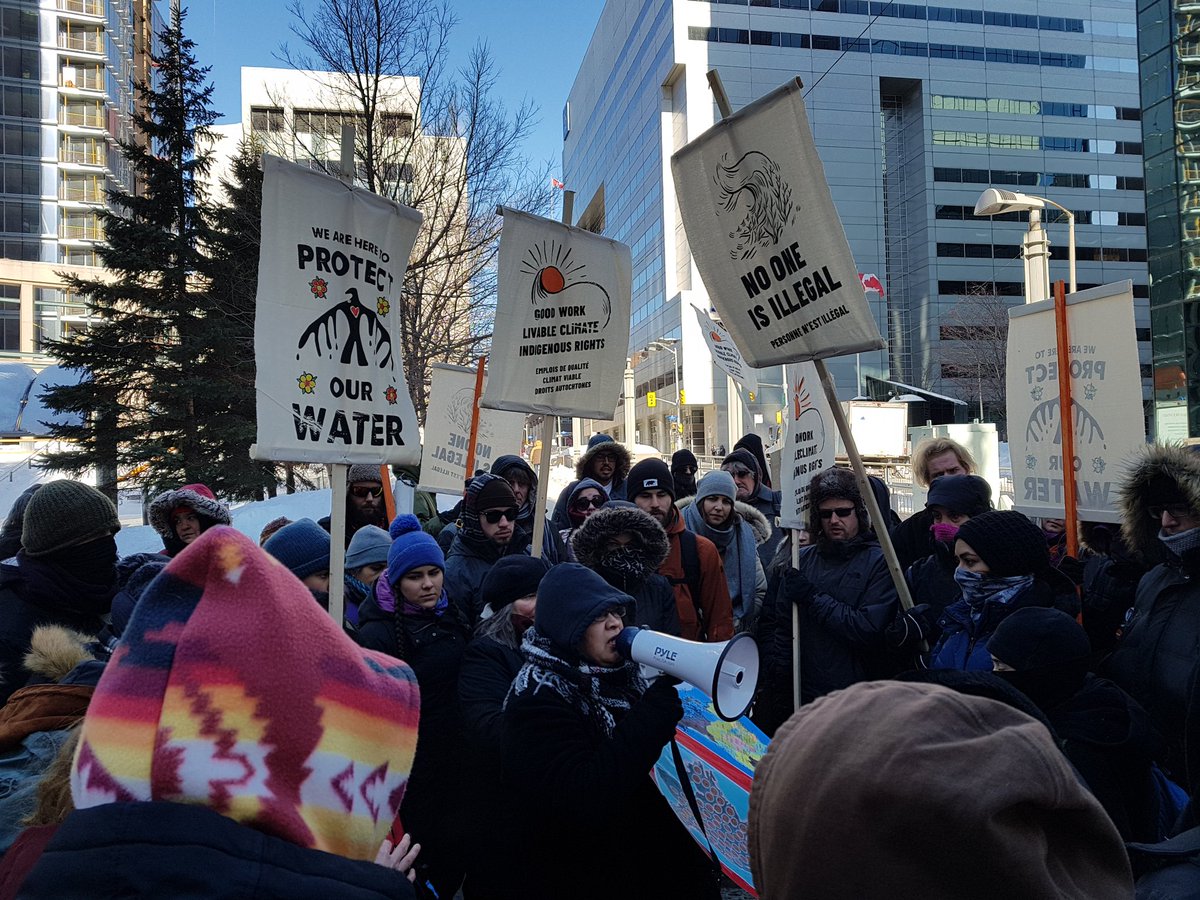 Ottawa, ON — The Council of Canadians was proud to stand with the land defenders leading a counter-rally to the #UnitedWeRoll convoy yesterday.

Though initial estimates had ranged from 300-400 trucks, only about 50 trucks arrived in front of Parliament Hill yesterday morning as a convoy calling for pipelines to be built and environmental legislation to be rolled back. Many of the convoy’s signs and participants also expressed White Nationalist, anti-immigrant, and anti-Indigenous demands, and convoy organizers chanted a variety of racist slogans.

“Though it was reassuring to see the convoy was much smaller than advertised, as a young Albertan it is still disturbing to see real anxieties about jobs be exploited by messages of hate and fear,” says Council of Canadians Climate Justice Campaigner Bronwen Tucker. “More pipelines and closed borders won’t help us because the world is moving on from oil whether Canada is ready for it or not. What we actually need is a just transition to 100% renewable energy, support for workers, the implementation of the United Nations Declaration on the Rights of Indigenous Peoples, and a strong commitment to migrant justice.”

The convoy arrived in Ottawa in the wake of Powershift: Young and Rising, a grassroots youth-run climate justice convergence, which the Council of Canadians helped to sponsor. The weekend brought together young people from different social movements from coast to coast to coast to build skills and lay the groundwork for a just transition in Canada.

“Young people know that a just transition is the way forward. This convoy is a direct result of the fact that real climate solutions that put people first are not being put forward. Since politicians are failing to do that work, we will be doing it ourselves,” says Tucker.