Reject Teck Frontier Mine, Council of Canadians to tell hearings

WHAT: The Council of Canadians will be presenting as an intervenor next week in the federal-provincial Joint Review Panel’s hearings on Teck Resources’ proposed Frontier Mine. The hearings began this week on what would be the largest ever tar sands mine, if built. The Council’s written submission is available here.

Lunenburg – The Canada-Nova Scotia Offshore Petroleum Board is holding another “information session” for western NS municipal councillors in Yarmouth this week. Why? To defend its decision to give BP a green light to continue drilling at unprecedented depths in the stormy waters along the Scotian Shelf.

The Council of Canadians is calling Progressive Conservative donors across Ontario to ask them to boycott the party over anti-democratic actions.

The Council of Canadians is calling donors to the Progressive Conservative Party of Ontario (PCO) and asking them to stop giving the party money until the Ford government stops undermining democracy in the province. 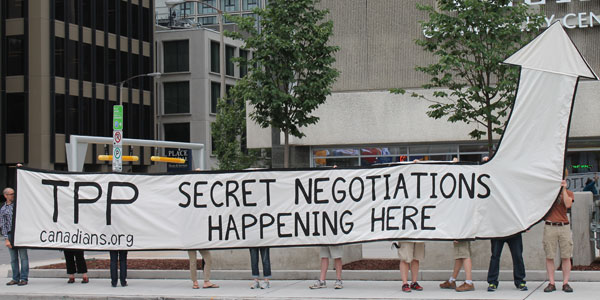 Susan Swan: Without NAFTA cultural exemptions, our books, films and art are in danger

Ottawa – As NAFTA talks head to the wire and the U.S. has demanded the end of cultural exemption, acclaimed Canadian novelist Susan Swan and Maude Barlow, Honorary Chair of the Council of Canadians, plead that Canada should not give in to last-minute U.S. pressure to ditch the exemption.

International groups ask Germany not to finance fracking in Canada

MONTREAL – In a letter sent to German Environment and Economy Ministers, a coalition of Canadian and German groups asked Germany to withdraw from a loan guarantee process which would provide more than $4 billion US to Pieridae Energy Limited, a Calgary-based company.