Northern Pulp: Two days to comment on toxic legacy | The Council of Canadians 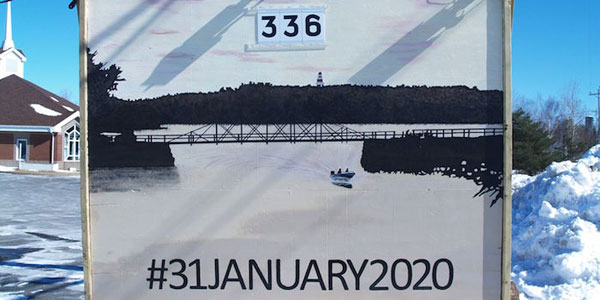 Yesterday I made a submission on behalf of the Council of Canadians to Nova Scotia Environment regarding Northern Pulp’s Replacement Effluent Treatment Facility Project. The project consists of a treatment facility on mercury-contaminated land at Abercrombie Point and an effluent pipe to release treated effluent directly into fishing grounds in the Northumberland Strait.

NS Environment is accepting submissions from the public until March 9 (this Saturday!) So I’m writing to you today in the hopes that you can take a few minutes to make a submission too.

Boat Harbour is located in Pictou Land First Nation and is the effluent dumpsite for Northern Pulp’s mill in Abercrombie, Nova Scotia. Boat Harbour was once beautiful and healthy, but has been turned into a toxic cesspool that has plagued the community for decades. It is surrounded by a legacy of dirty deals and environmental racism. The pulp and paper mill has been poisoning the environment since 1967 and successive provincial governments have promised to clean it up, but have never followed through. The most recent promise is to stop dumping effluent there by January 31, 2020.

Environmental racism is a reality in Nova Scotia. Dr. Ingrid Waldron’s book, There’s Something In the Water: Environmental Racism in Indigenous and Black Communities, reveals the failure of successive provincial governments to protect the people of Pictou Landing First Nation, and the racial inequality that exists in many other communities in Nova Scotia and beyond. This needs to change. By making a submission, you can help protect Pictou Landing First Nation and the environment’s future. (See below for updates on the fight against Alton Gas by frontline Mi’kmaq water protectors and allies.)

Council of Canadians chapters have been supporting the calls from Pictou Landing First Nation and the Friends of the Northumberland Strait, and now we’re asking you to get involved too.

But the clock is ticking. NS Environment is accepting submissions from the public up until March 9 (this Saturday!) Please take a moment now to add your voice to this critical issue.

Please also sign the declaration calling on the government to stick with its deadline to close the Boat Harbour plant by January 31, 2020.

You can be part of the solution to finally end the toxic legacy people in Pictou Landing and the surrounding community have been living with for decades, and ensure it doesn’t spread to neighbouring communities like Northern Pulp is proposing!

Thank you for taking action!

Update on Alton Gas: I wanted to take a moment to update you on another important water protection issue at the Alton Gas work site near Stewiacke, Nova Scotia. Two frontline water protectors who have been living at the camp, Dale Poulette and Rachael Greenland-Smith, will be in court with their lawyer to fight Alton Gas’ injunction in Nova Scotia’s Supreme Court on March 12. You can get all the latest updates on the Official page for Treaty Truckhouse Against Alton Gas facebook group, including their time slot on the docket. They would welcome supporters to come and attend this session and will be hosting a media conference the day before. Details will be posted in the Facebook group. Please consider contributing directly to their legal fees via etransfer to treatytruckhousefund@gmail.com.

Environment Canada has issued a notice of intent to develop regulations for Alton Gas this year, which will be published in the Canada Gazette. Stay tuned for updates and submission opportunities! #NoPipe #StopAltonGas