#UniteAgainstRacism: All out for migrant justice! | The Council of Canadians

#UniteAgainstRacism: All out for migrant justice! 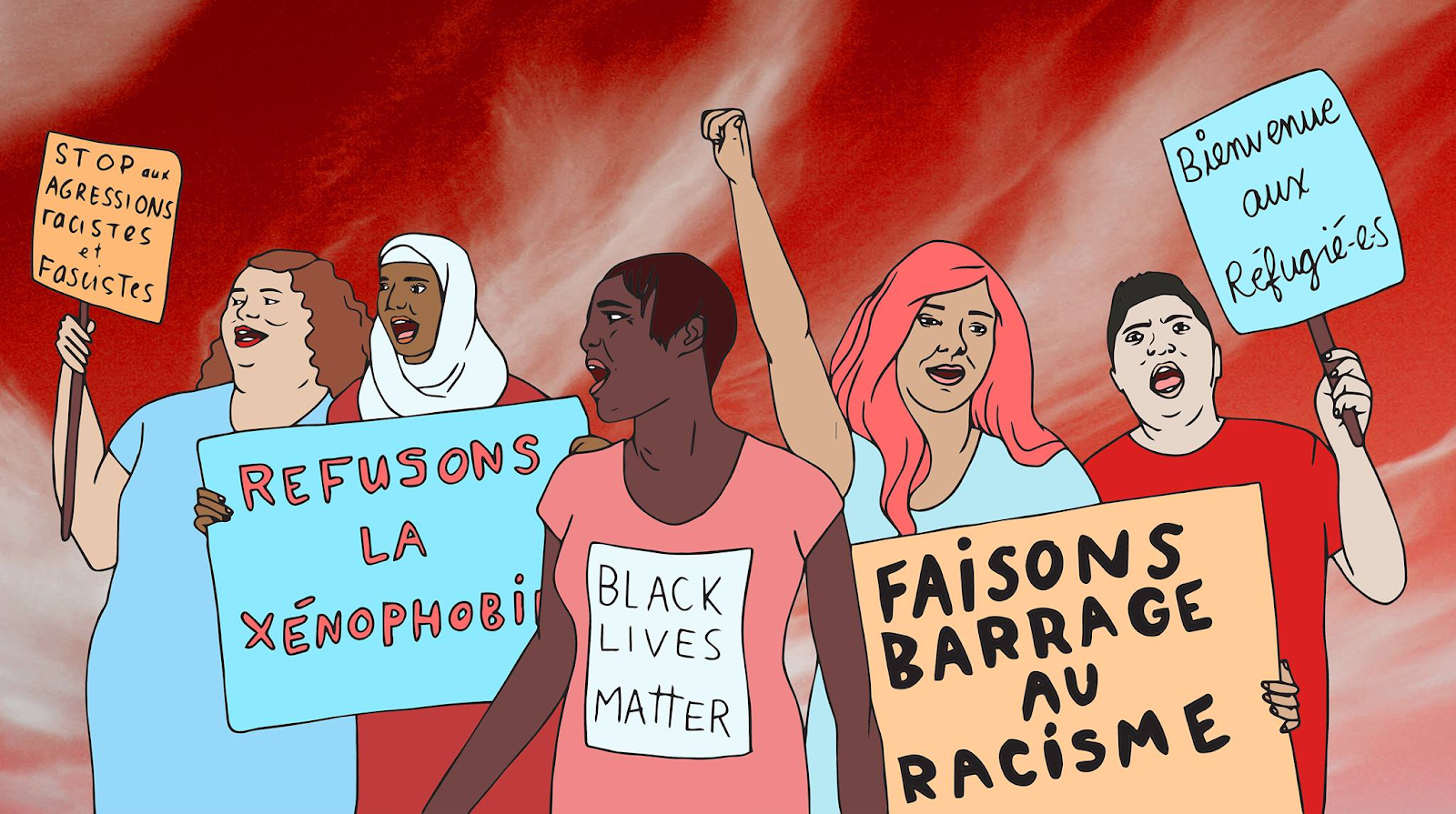 We are strong and we are many.

On the International Day for the Elimination of Racism (March 21st) the newly launched Migrant Rights Network (MRN) will be coordinating the first of four cross-country days of action this year to respond to the rise of anti-immigrant protests, racially motivated attacks, and forced displacements as climate change intensifies.

As MRN states in their call to action, “right wing politicians who use anti-immigrant and racist rhetoric are getting rewarded with thousands of votes. If we simply stand still, there is a real danger for further rise in populist racisms in the lead up to the federal election in October.”

The Council of Canadians urges all to take part in these events, sign up to hold their own, and build the struggle for migrant justice into their everyday practices.

Though they are building off a long-established movement here in Canada, the past few years have brought an unprecedented tide of far-right, racist, anti-migrant, anti-Indigenous, and fascist actions. Open white supremacist Faith Goldie recently came third in the Toronto mayoral race, the Yellow Vest #UnitedWeRoll convoy endorsed by Jason Kenney, Andrew Scheer, and Doug Ford amongst others expressed blatant anti-migrant and anti-Indigenous demands, Maxime Bernier has rapidly built the xenophobic and far-right People’s Party of Canada, hate crimes are at an all-time high, and the Federal Liberal government has helped legitimize many these narratives by naming a Minister of “Border Security”.

As the organizers behind the Montreal event for March 21 add, “this context is all the more urgent given the recent intentions and announcements of Quebec’s CAQ government.” This has included targeting Muslim teachers wearing hijab or niqab and who work in the public school system, and to cancel over 18,000 permanent resident applications (Bill 9) in order to adopt a "more selective" system for accepting newcomers.

As we face of escalating climate change and inequality, the fight for migrant justice is more urgent and delicately intertwined in other struggles than ever. A Green New Deal will fall flat if it doesn't include rights for migrant workers, a public universal healthcare plan is incomplete with access for all, and a fight to keep water public immoral if we keep those forced to leave their homes because there is nothing to drink out of Canada.

As MRN writes: “Now, more than ever, we must bring together people across the country from all walks of life around an anti-racist, migrant justice vision. Let us #UniteAgainstRacism and demand #MigrantJusticeNow!”

We have the people, and we have the solutions. Here is what event organizers will be calling for on March 21st:

There is currently a rally being held in Niagara, a community forum in Ottawa, a march in Halifax, a fundraiser in Edmonton, and a demo in Montreal. Check here for the most up to date listings! And If there is not an event in your community yet, consider reaching out to local migrant justice and anti-racism groups to hold a rally, put on a public forum, run a selfie campaign, picket political candidates or politicians, or another tactic of your choosing. To register, email info@migrantrights.ca with your action details.

Following March 21st, the next Migrant Rights Network days of action will be May 1, June 16 & September 2. Mark your calendars!